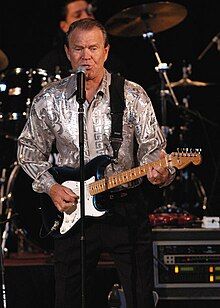 The Ceneco stuff: I talked to three of the four "Glen-Aires" on the two 45s (Ceneco 1324 and 1356), which date in Billboard as new release listings for 5/26/58 and 9/08/58, if memory serves). They were a barbershop quartet that were brought in by a Coy Zeigler for a backing vocal group--the Singchromatics. They stated they were promised a royalty of 1-cent per disc. Zeigler, they told me, was a house painter who saw a package tour with Elvis, Roy Orbison, and Johnny Cash in the West Texas area, and Zeigler thought GC was going to be the next Elvis. The four songs were recorded at KOB studios. Station personnel Art Tillery and George Mahoney (check songwriting credits on Ceneco 1356) participated, too. Zeigler pressed 300 copies of each 45 disc in Phoenix, Az, then drove all over the Southwest pitching them unsuccessfully to radio stations. He bought the Singchromatics dinner in lieu of non-existent royalties. If you look at the Weldon Rogers Jew-El 103 45 (recorded early 1959, says Bear Family's CD notes), you'll notice that the label color and typeface are the same as GC's Ceneco 1324 45 single. Weldon Rogers owned the Jew-El label, #101 being Roy Orbison's first record, "Ooby Dooby" in 1956, and he (Weldon) moved to Big Spring, Texas a little later, but apparently pressed his records at the same plant that Zeigler got the Ceneco 45s done in Arizona.